Funding an obstacle for cash-strapped Islamabad amid halt in IMF Aid.

Khan announced the package during a visit to Turbat, 160 km northeast of the Port City Gwadar, a key staging point for the Economic Corridor.

The Prime Minister’s Accelerated Development Package for South Balochistan, as it is called, comprises projects worth tens of billions of Pakistani rupees.

It will also include loans for 2,000 fishermen to buy boats and funds for the construction of 16 dams to irrigate 60,700 hectares of land. The plan also entails construction of parts of the M8 highway, a project that is already part of an ongoing $50 billion economic corridor project.

“China’s annual trade is $2 trillion and Gwadar will connect Pakistan with this trade,” Khan said at a ceremony marking the start of program in Turbat.

The official purpose of the package is to bring south Balochistan up to par with the rest of Pakistan in terms of development. However, insiders say another aim is to quiet opposition to the economic corridor, which is strongest in the Makran division of south Balochistan.

In May 2019, the Pearl Continental Hotel, near the port of Gwadar, was attacked by Baloch separatists. Last month, a military convoy escorting employees of the Oil and Gas Development Co. was targeted in the same region.

Malik Siraj Akbar, a South Asia analyst based in Washington, believes Makran has become the epicenter of the Baloch resistance to the economic corridor and the Belt & Road in recent years. “It’s important to address the grievances of the local communities and take them on board to garner support for the CPEC,” Akbar said.

Other experts are skeptical the development package will fulfill its objectives.

“I doubt that the announcement of a new aid package by the government of Pakistan for Makran division will bring an end to the opposition attacks on Chinese interests,” said Jeremy Garlick, an assistant professor of international relations at the University of Economics in Prague.

He added that even if some locals are happy, opposition groups that have been staunchly opposed to the Chinese development of Gwadar are not likely to change their minds overnight based on a promise of investment, as they will view this package as an attempt to “buy their acquiescence.”

There is also political opposition to the way the package was announced. “People in the north of Balochistan will feel discriminated against due to the announcement of a development package targeted at the south of Balochistan,” said Aslam Bhootani who represents the coastal belt of Balochistan in Pakistan’s National Assembly. He told media that elected representatives were not taken on board before finalizing the south Balochistan package.

Bhootani argued that the building of highways and extension of the airport under the package will not really help the people of the region, who lack water and means to earn a livelihood. He suggested that the package should have included a way to import electricity and gas to the Makran region from Iran, while applying for an exemption from U.S. sanctions against Iran.

Because Pakistan is still negotiating with the International Monetary Fund to resume the $6 billion Extended Fund Facility that was suspended in February, experts say it is a mystery where the government will find the funds for the south Balochistan package. The facility was suspended after Pakistan failed to meet IMF demands to raise electricity prices and levy additional taxes, fearing a public backlash. 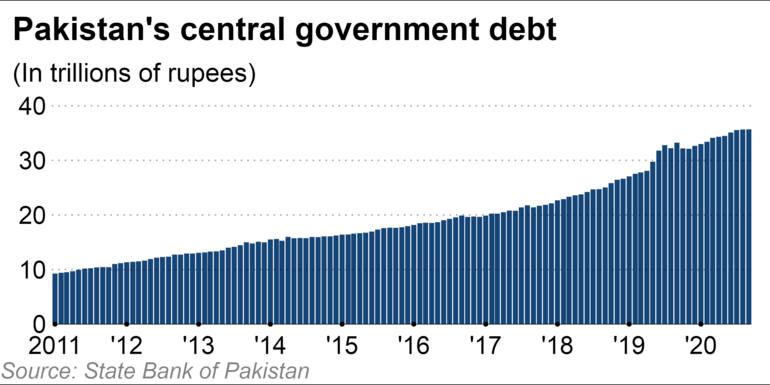 Garlick is also skeptical. “It is difficult to see where the cash-strapped government is going to obtain such a large sum of money unless the funds are coming indirectly from China,” he said.

Akbar is more hopeful, saying governments often make big promises about projects and then forget about them. But he thinks the south Balochistan project is different. “This project seems to be a priority for Islamabad to see if they can create a region within Balochistan that’s modern, developed, and welcoming of the CPEC. The south Balochistan project has buy-in from Islamabad and it’s a priority for the Pakistani government to eradicate the ongoing insurgency and cleanse the area of separatist violence,” Akbar said.

He added that given that context, the package might be disbursed sooner than those previously promised.

EU’s New Connectivity Agenda; What (Not) to learn from Belt & Road?

Will G7 be able to compete with China’s Belt & Road Initiative?

EU’s New Connectivity Agenda; What (Not) to learn from Belt &...

Will G7 be able to compete with China’s Belt & Road...

A Thirst for Conflict