Revival of Hambantota International Port in Sri Lanka may strengthen China’s position in the Indian Ocean.

China’s Belt & Road Initiative (BRI) has been highly criticised for its implementation and rate of returns on numerous occasions, and one could never de-link the strategically located Hambantota International Port from the BRI.

Hambantota Port was handed over to China Merchants Port Holdings (CMPort) on a 99 year lease by the Sri Lankan government with a payment of US$1.12 billion as the Island Nation couldn’t pay back the funding capital debt to China.

Political activists and commentators often viewed this agreement between the China Merchant Port Holdings Company (CMPort) and Sri Lanka Ports Authority (SLPA) as an unfair deal. It is noteworthy that the Chinese state-owned company CMPort currently has an overall stake of 80 per cent, and the SLPA has 20 per cent.

This is one of the main reasons why Sri Lanka is quoted as a victim of the debt-trap diplomacy of China’s BRI. But now, while the world continues to battle the pandemic, the fortunes of the Hambantota port seem to be changing.

Hambantota is close to the Asian and European international shipping routes the Suez Canal and the Strait of Malacca. These routes through Hambantota are used by about 36,000 ships, including 4,500 oil tankers. The port saves about three days of sailing time and fuel.

China will certainly put in all its might to make up for the lost time in developing the Hambantota International Port as one of the most important ports in the region, and keep countries like India on its toes.

In 2015 and 2016, the Central Bank of Sri Lanka commented that Hambantota was the only port with a negative growth rate, and that it had a declining number of vessel arrivals.

The Asia Maritime Transparency Initiative noted “the economic rationale for Hambantota is weak, given existing capacity and expansion plans at Colombo Port, fueling concerns that it could become a Chinese naval facility,” a realisation that at the time prevented other lenders such as India from getting involved.

The promises of increased trade and economic wealth were quashed almost immediately as the port opened its doors in a shambolic inauguration ceremony, but the project plunged Sri Lanka into spiraling debt to China.

As a result, in 2017, the Sri Lankan government had little choice but to hand over 80 per cent of the port’s ownership to CMPort on a 99 year-long lease, along with 1,235 acres of land.

In 2018, critics pointed out to the complete abandonment of the port with wildlife roaming free on its mainly deserted premises. When the port was under the Sri Lankan government, it was barely operational due to the lack of operational investments and incapable knowledge to start up and run a port of that scale. Sooner or later, the port needed an operational partner with a comprehensive investment to meet its demands.

The CMPort invested in approx. $1.12bn to revive the port under a public-private partnership. The CMPort had to further spend at least $700800m or more to bring the port to the operational level at its full capacity.

One year after Hambantota International Port (HIP) came under its new management, the port focused on roll-on/roll-off (ro-ro) operations and doubled its business, with a 136 per cent increase in the volume of ro-ro vessels handled by the operational staff. The HIP has since diversified its services to include other port-related activities such as container Handling, General Cargo, Passenger, Bunkering, Bulk Terminal, and Gas at initial stages.

Not to forget, the issues surrounding the East Container Terminal (ECT) involving India, Japan and Sri Lanka have disturbed the balance of the Indian Ocean further. The project, worth an estimated $500-$700 million, was a key marker for infrastructure investment in the island nation where Chinese projects are most prominent. More than two-thirds of transshipment at this port is tied to India, making it an important trade and connectivity link.

As a joint venture for India and Japan to invest in, the East Container Terminal (ECT) project was also expected to showcase how the two Indo-Pacific partners, and also Quad members, could provide South Asia with viable, transparent and sustainable alternatives for financing and development. 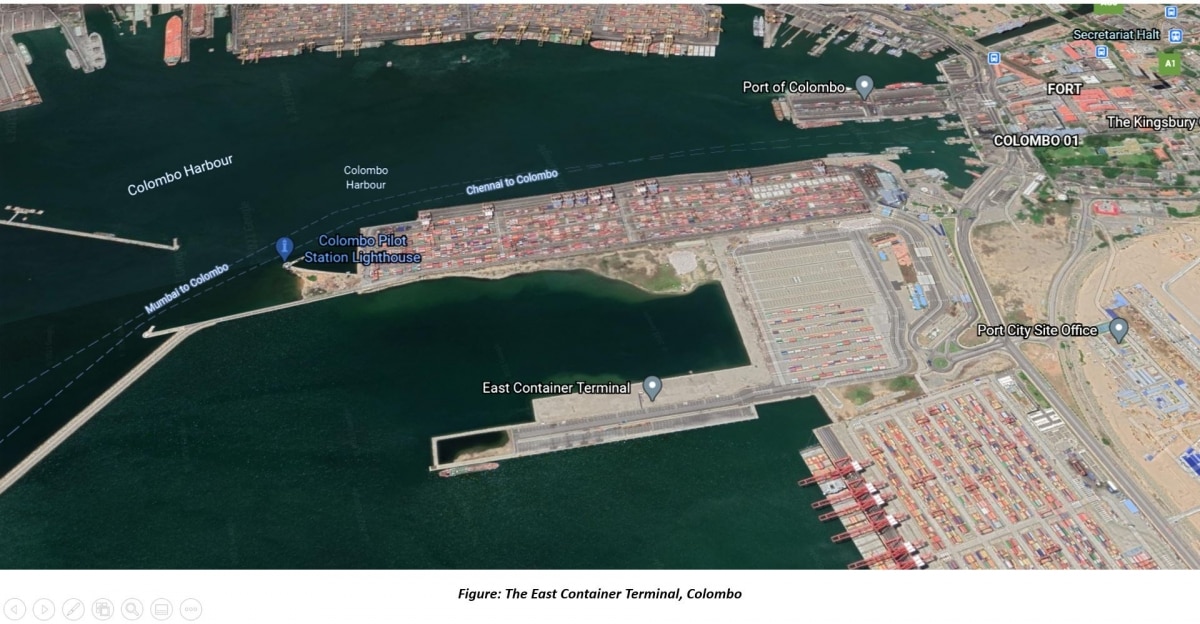 The sharp statements from New Delhi and Tokyo now reflect their deep disappointment and their suspicions about the motivations. The ostensible reason for the Rajapaksa government’s decision is growing pressure from port union groups which have opposed any foreign participation.

New Delhi has said it continues to engage Sri Lanka on the ECT issue, although it remains cold to Colombo’s alternative offer of developing the West Container Terminal. Now, the present government has decided to develop the ECT as an investment project by refraining from obtaining loans.

Secondly, the possible resurgence of the HIP may also give the much-needed impetus and belief to China and its partners when it comes the Belt and Road Initiative. Ports in Gwadar (Pakistan) and Kyaukpyu (Myanmar) may derive encouragement from this resurgence in achieving greater heights.

Finally, it is also a timely reminder for the Quad (a grouping of India, US, Australia and Japan) and other countries that China must not be written off yet. The HIP has been reinvigorated within two years. In addition to this, Sri Lanka has also cleared an energy project involving China across three islands off the coast of Jaffna peninsula mere 50km from the Tamil Nadu coast. The project is to install “hybrid renewable energy systems” in the three islands of Nainativu, Neduntheevu, and Analaitivu.

With Hambantota International Port facing better prospects, one can only imagine the rising potential of the same. India and Quad will now have to reset its outlook on the HIP, an asset that was considered dead weight only a couple of years ago.

Editor’s note: The article reflects the author’s opinion only, and not necessarily the views of editorial opinion of Belt & Road News.